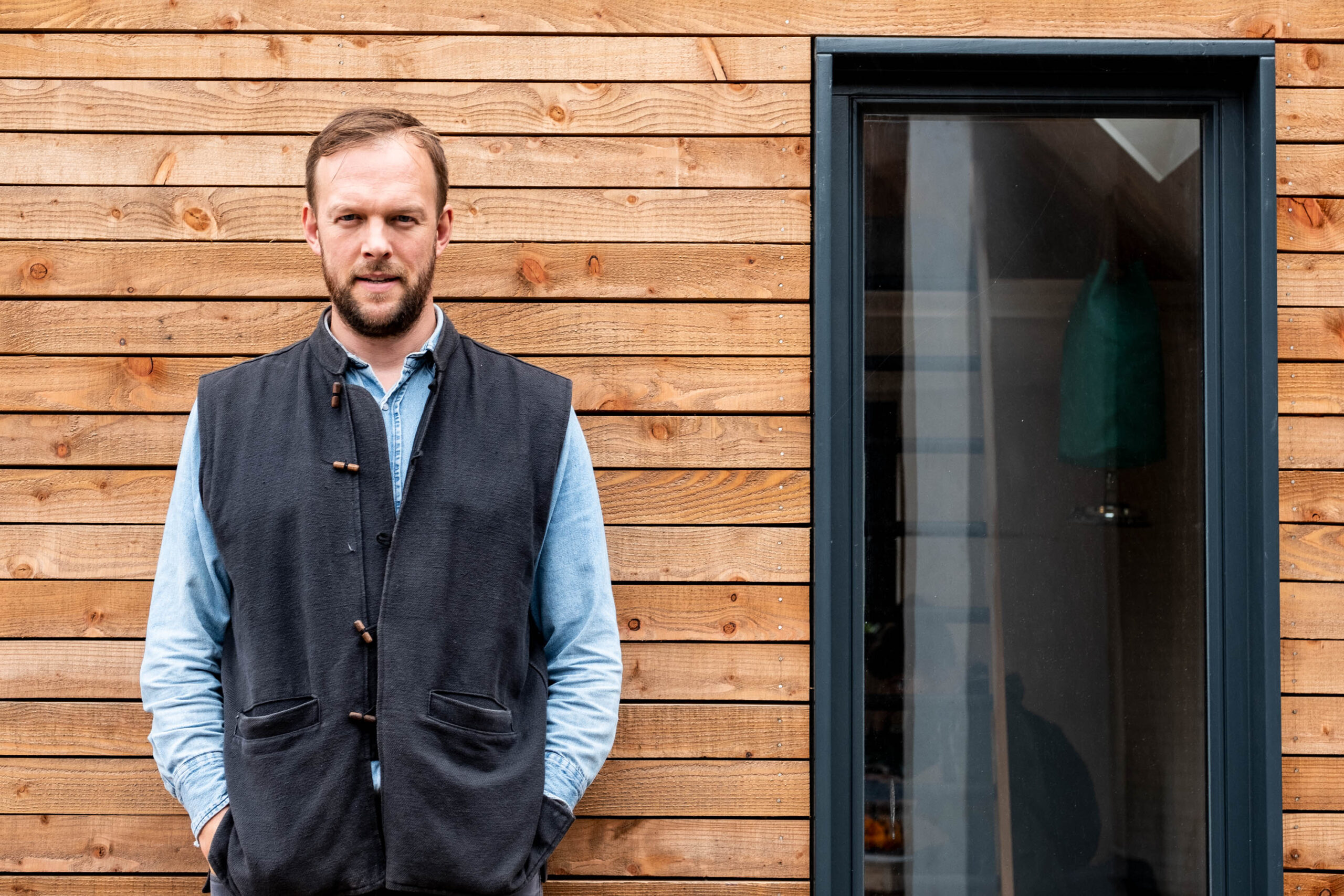 Draft text to be edited

Bobby Niven is known as one of the creators (with architect Iain MacLeod) of the Bothy Project which currently runs three small-scale off-grid artist residency spaces at Inshriach near Aviemore, on the island of Eigg, and the distinctive tilted Pig Rock Bothy at the Scottish National Gallery of Modern Art. Palm House is a bothy with a difference, however, the first Niven has built without MacLeod, and the first to draw on elements of his own sculptural practice.

In 2011 I founded the Bothy Project, a growing network of small shelters across Scotland. Designed in collaboration with artists, architects, and designers, each of these simple structures is a unique response to the landscape around them, and an invitation to artists to spend time ‘off-grid’ exploring the environment and histories which hold them.

Palm House (2017) and Bermondsey Bothy (2018) bring together my sculptural practice with the concept developed for Bothy Project, to create studio workshops that respond to a given context and provide a platform for the production of new work.

The Palm House sits in the shadows of Edinburgh Castle and in a green space managed by the Scottish Wildlife Trust as an urban wildlife reserve. Johnston Terrace was first established as a community garden at the end of the nineteenth century, as part of a network of green spaces which Geddes developed in Edinburgh’s Old Town, to bring much needed light, air and contact with nature into the lives of Old Town residents. Inspired by the ideas of Patrick Geddes, and by research into the history of the Palm Houses of Edinburgh’s Botanic Gardens, this studio structure incorporates hand-carved anthropomorphic sculptural elements into a timber framed transparent structure. Accompanied by a hand-made mud oven, the project is conceived as a social sculpture, a space for production, and for sharing and exchanging conversation, plants, cooking, food and other activities that collectively invite exploration of the particular context and value of this rare urban wildlife garden.

Bermondsey Bothy is sited within the context of CGP London’s gallery allotment, the opalescent white polycarbonate provides the backdrop for a sculptural growing wall assembled from a series of wooden hands holding concrete vessels and plants. The simplified figurative form of the hand references the collective processes of growing, nurturing, creating and sharing within the creative act of gardening itself. The Bermondsey Bothy is a dual purpose space for gardeners, artists and gallery visitors; a shared space for community activity, thinking, making and taking shelter, a space to share perspectives and responses to the surroundings of the bothy, gallery and Southwark Park.

The process to realise these sculptural structure varies depending on the brief, site, lead time and budget. It is a relatively new process and because of this the methodology for the various project stages is still evolving.