Meet at the Fit O’ the Toon

A series of heritage trails around Arbroath developed by Blythe Stockdale. The history of our women, the town’s Industrial Revolution and the journey of the Declaration of Arbroath, each trail provides a route for people in the community to engage with their local heritage by celebrating Arbroath’s fascinating and uniquehistory. Explore the townscape through an audio-guided trail, accessed via mobile phone. A live tour for each trail will be held in July.  Or stream the audio trail here.

AUDIO Trail will be available from 1 July 2021

From Fishwives to Factory Girls is an audio trail and guided walk devised by Blythe Stockdale. The trail draws attention to the inspiring nature of women’s contributions to Arbroath and wider society through stories from voices often overlooked.

At a time when many of us are looking to safely connect with our community, each trail aims to provide a route for us to engage with our local heritage by celebrating Arbroath’s history and exploring the townscape through an audio-guided walk.

“They become as hardy, ungainly, and muscular as the men!”

This was the description of Angus fishwives printed in an 1843 edition of Chamber’s Edinburgh Journal. Sent in by an anonymous contributor who had ventured out from the capital to explore the fishing village of Auchmithie; the writer paints a picture of a backwater community full of uncivilised inhabitants. Their way of life is “the first in advance from pure savagery”, while the physical labour which the women carry out is likened to slavery, eventually extinguishing “the softness of the feminine constitution”.

In reality, fishwives in Auchmithie and Arbroath played an important role selling fish throughout neighbouring towns and taking responsibility over the household finances. This was particularly significant during the nineteenth century, when contemporary gender ideology advocated for the separation of men and women into different spheres of society in order to carry out the roles they were “naturally” designed for. While men were supposed to occupy the public sphere, working to financially support their families and engaging in the politics of the day, women were viewed as more maternalistic and were therefore left to raise children in the confines of the domestic sphere.

What we see in this outsider’s perspective – that of the city-dwelling bourgeoise gentleman who possesses the academic skills and social standing to present his impressions of the world as facts – is actually a misrepresentation of this rural community’s gender dynamics. This example highlights the potential for the complexities of women’s lives to be overlooked within the recording and interpretation of history; particularly in the smaller, less urbanised communities of Angus.

This heritage trail therefore aims to draw attention to the inspiring nature of women’s contributions to Arbroath and wider society, and, in doing so, to highlight the value in exploring the histories of the marginalised voices and smaller communities which have often had their unique or unorthodox stories overlooked and subsumed within broader nation-wide narratives.

The trail begins at the Fit o’ the Toon and leads up to the High Common; passing through some of the streets and spaces in which Arbroath’s fishwives, factory girls and activists once lived, worked and campaigned. Learn about the significant roles these working women played in contributing to the rapid development of the town’s fishing and textile industries, and their resourcefulness in supporting their families and fighting to create an equal society.

Situated within this environment of industrialisation, activism and unrest, the trail uncovers the lesser-known stories of individuals such as Isabella Carrie, the Arbroath schoolteacher-turned-secret suffragette, and Elizabeth Campbell- a ploughman’s daughter who hoped to assert her literary voice and financially support her children through writing poetry. Progress across Brothock Bridge to the spot where suffragette hunger-strikers made a public appearance whilst travelling across Britain to campaign for female enfranchisement. The trail goes on to offer an insight into the Arbroath Women Citizen’s Association: believed to be the last remaining branch of the twenty WCAs which sprang up in Scotland during the inter-war years in an effort to improve women’s welfare and their political and civic education. 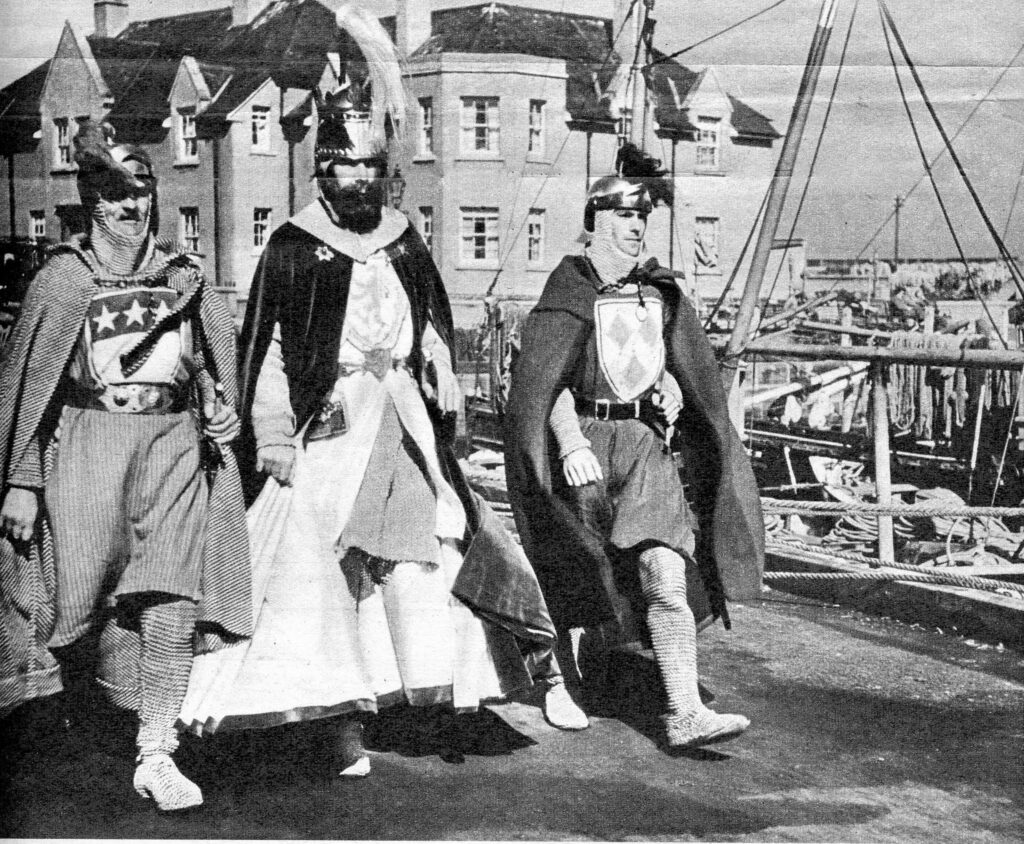 join us for a series of heritage guided trails around Arbroath developed by Blythe Stockdale. The history of our women, the town’s Industrial Revolution and the journey of the Declaration of Arbroath, each trail provides a route for people in the community to engage with their local heritage by celebrating Arbroath’s fascinating and unique history. Join Blythe for a live guided walk or choose to explore the townscape through an audio-guided trail, accessed via mobile phone. Stream the audio trails. Find link to each trail below.