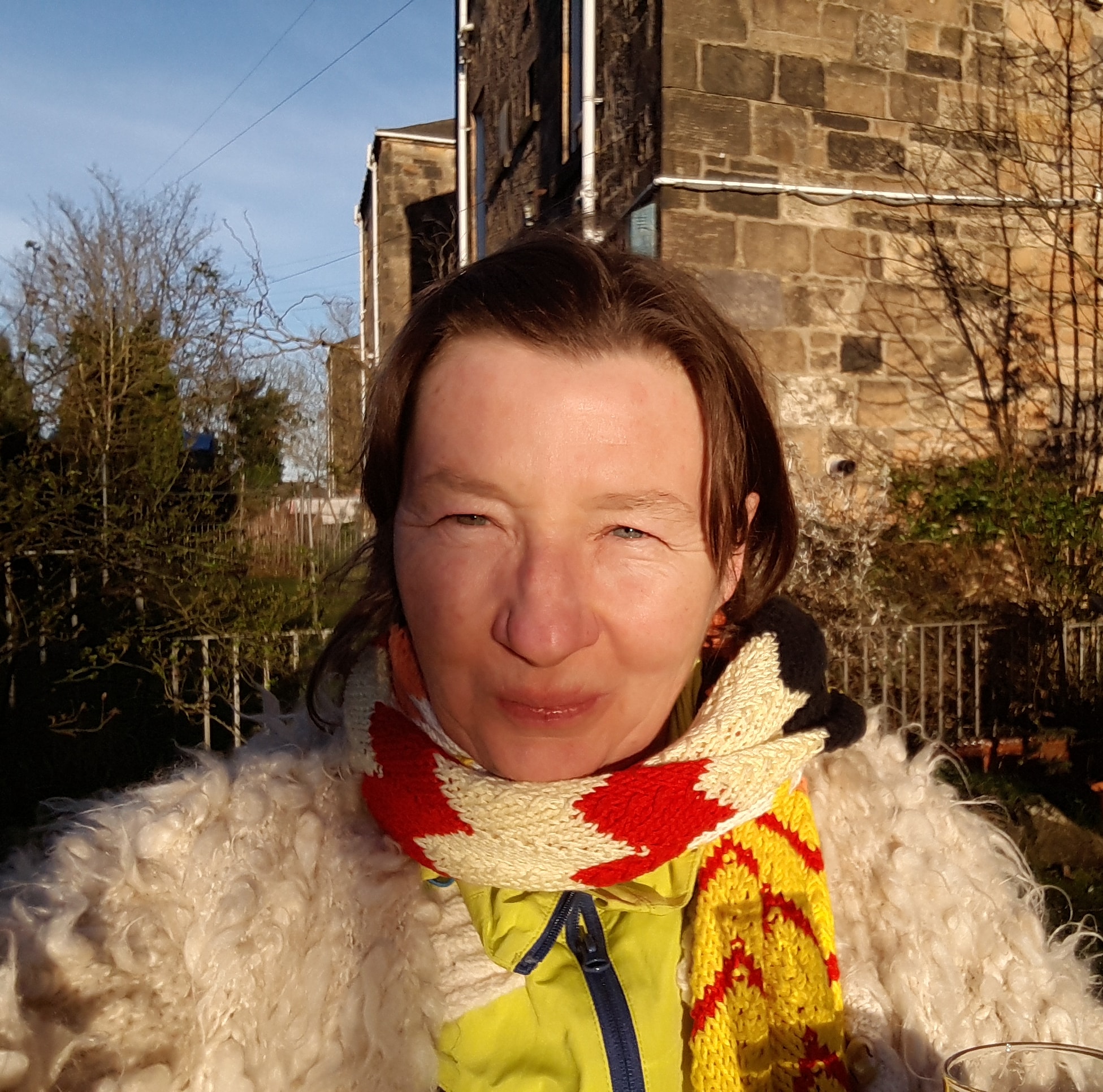 Mandy McIntosh is an artist from Glasgow who makes Sculpture, Community-based art projects, Moving Image/Animation, Textiles, Drawing and Painting. Trained in fashion she worked with KENZO in Paris in the 90s before leaving to pursue an MA at Glasgow School of Art, graduating in 1994. She has worked in artist film and other disciplines ever since. Her films have been screened and broadcast nationally and internationally including Hors Piste, Sheffield Documentary Festival, Bradford Animation Festival, Melbourne International Film Festival and many others. In 2004 her project Weightless Animals was awarded a BAFTA for best interactive media.

In the past few years she has been working predominantly in housing schemes, namely Ferguslie Park in Paisley , Easterhouse, Castlemilk and various sites in Springburn, North Glasgow, where she is from. Her aims with community-based projects are to increase the creative platforms for local people devising projects which feature the artwork of individuals strategically brought together to make collective statements.

Mandy worked on Processions 2018, a national celebration of 100 years of women’s suffrage in the UK. 100 arts organisations were specifically invited to make featured banners for a simultaneous women’s march in the four UK capitals. Mandy has previously worked within the NHS as an artist engaged in the context of mental health in acute and community settings and has a focus in her work of placing strong aesthetic principles combined with community development learning at the heart of  making art with other people. In 2019, Mandy was resident artist for ward 17 Springburn and Robroyston, under a new Glasgow Life initiative to place an artist in every ward of Glasgow.
In September 2018 Mandy commenced study towards a PHD at Glasgow School of Art working across Fine Art and Architecture. Her focus of study is in radical recuperations of sculptural artefacts which belong to community as a basis for new practice. The title of her research is Inflammable Phoenix, Living with Sculpture in Schemes.