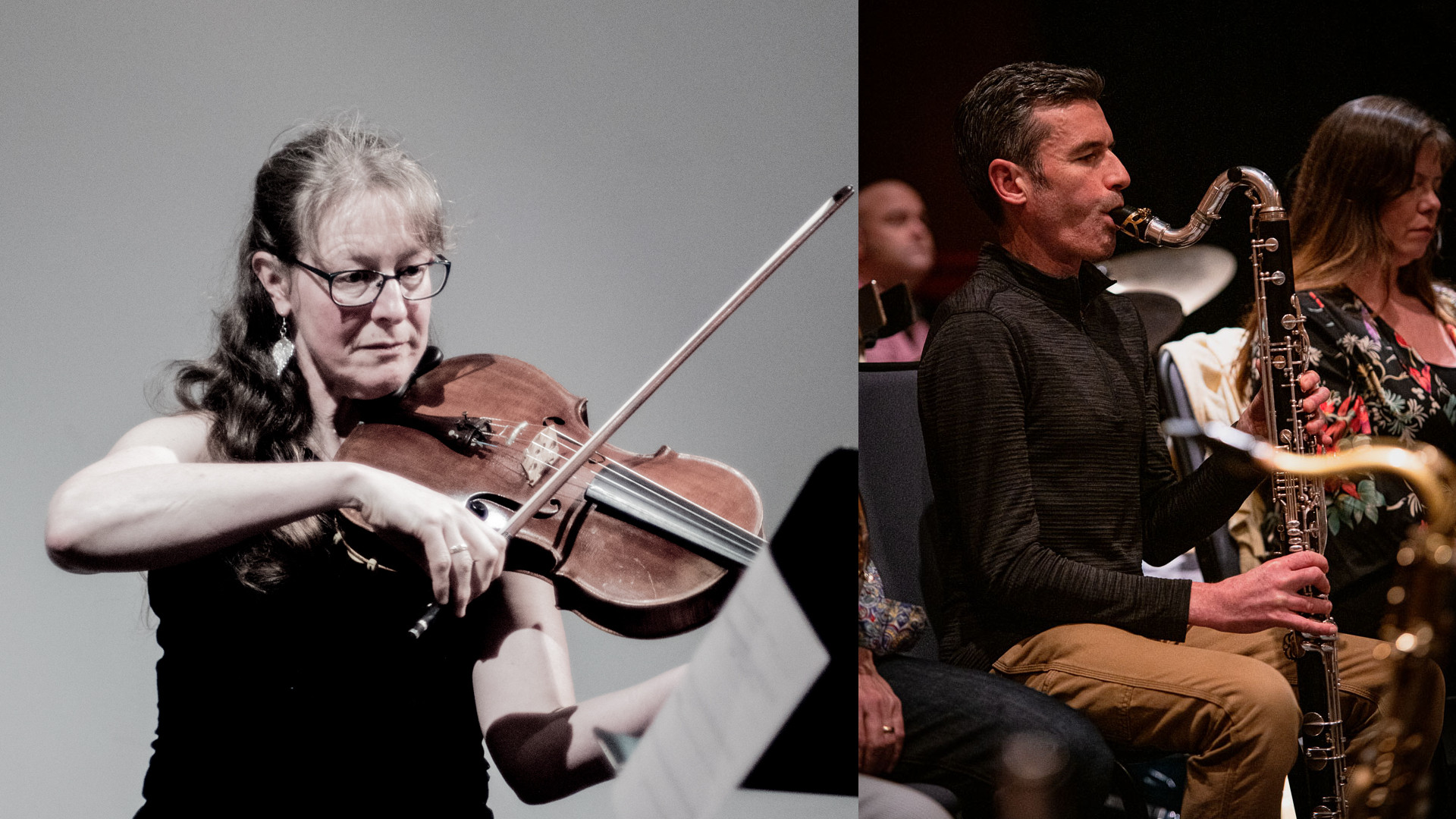 Katherine Wren has been a full-time member of the Royal Scottish National Orchestra since 1998. In 2016 Katherine founded Nordic Viola, a flexible ensemble specialising in contemporary and traditional music from the North Atlantic. She has worked with many musicians around the North Atlantic and memorable performances include an improvised concert in Reykjavik’s premier new music venue, Mengi, with East Iceland resident and former GIO member, Charles Ross. Katherine has also commissioned new works by emerging composers inspired by landscapes, history and the culture of the Far North. She was shortlisted in 2019 and 2020 for the Scottish Awards for New Music “Making It Happen” category. In 2020 she received a special commendation in the Salomon Prize, awarded by the RPS and ABO to orchestral musicians who have not only shone musically but made a remarkable contribution to the life of their orchestra, its audience and community.

Clarinettist and improviser Alex South is currently carrying out doctoral research into the relationship between humpback whale song and human music at the University of St Andrews and the Royal Conservatoire of Scotland. Recent solo and ensemble performances have included notated and improvised music for clarinets and electronics inspired by whale and birdsong, as well as humpback whale recordings played in multi-channel immersive sound. His piece “Air Out Of The Night” was performed by Glasgow Improvisers Orchestra in last year’s GIOfest.

For Arbroath2020+1 Wren and South have developed a new work led by poet Lesley Harrison. It explores their collective interest in animal song and the cultures and music of the North Atlantic. The trio’s music and words meet with marine biologist Michael Scheer’s recordings of pilot whales and Alexander and Nicole Gratovsky’s underwater footage to create the piece CETACEA.