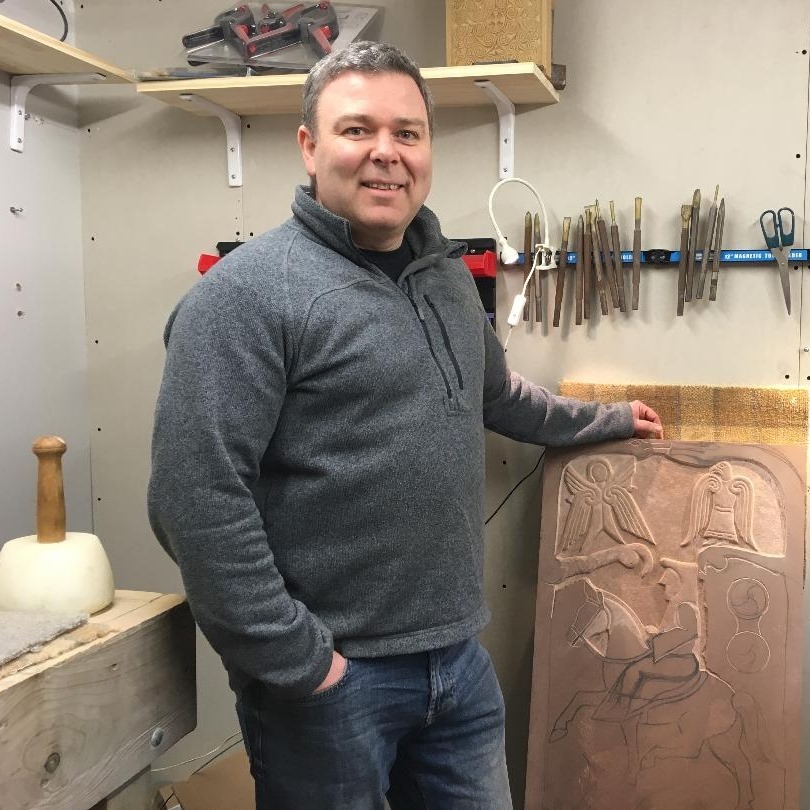 David McGovern is a traditional artistic stone carver and letter-cutter who specialises in carving contemporary pieces inspired by Scotland’s medieval stonework. As part of Arbroath2020+1 David was commission to produce a New Stone For St Vigens. David has created a large stone carved sculpture with artwork based on Pictish place names from around St Vigeans- Aber-Brothock, Aber-Elliot, Pan-Bride, Pan-Mhuire, Pan-Lathy, illustrating how the familiar places have roots in the early medieval.

David McGovern is an accomplished and celebrated stone-carver and has created stone sculptured works that  can be found in private collections, outdoor installations and museums. Based in his native Angus, Scotland working mainly in his local sandstone, but also in limestone and bronze.

David started carving in stone in 2005 and has developed stone-carving as a full time career, he carves and teaches from his workshop in Angus. David is a fellow of the Society of Antiquaries of Scotland, a member of the Scottish Artists Union and a Vice President of The Pictish Arts Society.